What to do once you stop working

For me, this was a simple question. Within days after leaving my job at the end of July 2015, I secured free technical assistance to launch this blog. As I commented in that first post, “Writing has governed my life, in one way or another, since I started college. It helps me make sense of the world.” Unfortunately, most vocations are not so portable.
The challenge is to impose structure on your days, weekdays in particular. I tend to do my writing in the morning, when my mind is most fresh. But if I am feeling pressure to meet my Friday morning deadline, as I was on Thursday, I’ll be in front of my MacBook for much of the day. More typically, I’ll stop tinkering with the piece I’ve been working on around 11:45, enough time to make the half-mile walk to my local YMCA, where I swim from 30 minutes to an hour. I make a point, before I leave my house, that I’ve packed everything I will need: swim shorts and cap; a pair of plastic shower sandals; a towel; my YMCA card with my picture on it; my house keys; and my cellphone. Unless I am planning to go to Market Basket to pick up a few items after I swim, my wallet stays at home.
On the day of this year’s Super Bowl, I managed to leave my keys behind at the Y. They were recovered by the Y’s staff the next morning, but all through one of the most exciting Super Bowls, I kept thinking about where my keys might be, and how expensive it would be to replace the ignition key.
For now, there are countless social and intellectual activities for people in the early stage of Alzheimer’s can engage in. Our support group functions somewhat like a social club. Engaging in conversation is good for the brain. And, to my delight, the Alzheimer’s Association has a relationship with the American Repertory Theater in Cambridge, enabling Paula and me to see at least three top-notch plays each year, with no cost to ourselves.
And I’ve long been interested in languages. In 1983, I spent three months living with a German family, and seven years later I spent thirteen months teaching English in Hamburg. These days, my spoken German is extremely rusty, but if I encounter a German speaker, I am willing to exchange a few sentences. Recently, I’ve been doing some reading in German, and I’m also trying to acquaint myself with basic Spanish, a language that is well-represented in Somerville.
My point is that new learning shouldn’t be just a diversion. It can generate new neural pathways, perhaps helping to slow Alzheimer’s progress. When I have been going on walks this spring, I’ve been keeping an eye on the flowers that I pass. Some, like daffodils, are known to almost everyone. What I search for are flowers that I can’t name. And there are many. Until a few days ago, phlox was in that category. Now I seem to see these low-to-the-ground little plants everywhere, in various hues of purple and blue. And even in super-dense Somerville, with roughly 79,000 people in just four square miles, many wild plants are currently in bloom.
There are many ways to engage the brain. I watched in wonder last June, during a few days of vacation on Cape Cod, as my twenty-two-year-old  son completed a huge jigsaw puzzle within a matter of hours. Back in 1967, the year before I started school, both my parents were working as schoolteachers. I was left with Mrs. Dupont, a grey-haired woman who always had a jigsaw puzzle in progress on one of her tables. These weren’t the kind of puzzles for little kids. The one I remember depicted a river valley, and a sports fisherman in hip waders, barely noticeable among all the dark green woods. The puzzle probably had 500 pieces. Every minute or two, I would proclaim, “Got a piece!”
The simple lesson is that if you don’t stay engaged in things you enjoy, and, even better—things that you haven’t tried before—you may be missing an opportunity for better brain health. Much has been said recently about “neuroplasticity”—the brain’s capacity to reorganize synaptic connections, especially after head trauma. I’ll write about neuroplasticity once I have a firmer grasp on this intriguing concept. 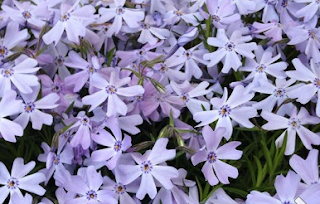