It’s hard to find much in common in the lives of Leo Tolstoy and Franz Kafka, other than their being great writers. Tolstoy, the author of the mega-novels War and Peace and Anna Karenina, was a child of the Russian aristocracy. He wrote in a piercingly direct manner, and was brilliant at getting to the unadorned meaning of a person or an event. And he also had the good fortune of good genes. He lived to eighty-two, and when he died, in 1910, he was a revered figure. He had recognized as well as anyone that Russia was slouching toward revolution. The Communists lionized him for his sympathy to the leveling of class distinctions. He had great literary success throughout his life, even after he embraced a radically stripped-down version of Christianity. His funeral was a major cultural event.
Kafka, who was born into a middle-class Jewish family in Prague and grew up speaking and writing German, died at forty of tuberculosis in 1924, a lifetime that lasted less than half of Tolstoy’s. The Nazis regarded Kafka, as they did all Jews, as a degenerate, and burned his books. Tolstoy was handsome as a young man, with fashionable sideburns. Kafka was not bad looking, but had the misfortune of oversized ears. Not being wealthy, he had to work, and, after obtaining a law degree, the profession he chose was insurance. It was a profession he disliked. He was editing his final story, “A Hunger Artist,” on his deathbed, leaving three novels, including his masterpiece, The Castle, unfinished. 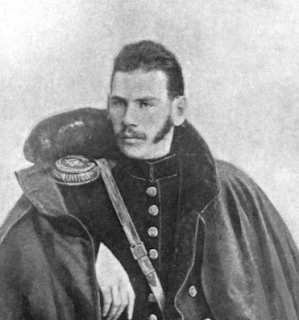 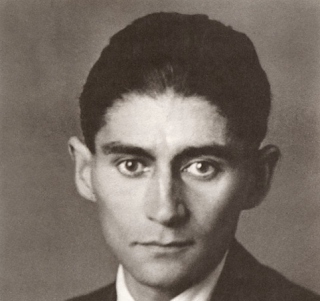 Where do these two very different writers intersect? They both wrote memorable novellas that, literally or symbolically, dealt with illness (Tolstoy, The Death of Iván Ilých; Kafka, The Metamorphosis). Each book also includes a famous sentence at or near its start. Tolstoy: “Iván Ilých’s life had been most simple and most ordinary and therefore most terrible.” Kafka: “As Gregor Samsa awoke one morning from uneasy dreams he found himself transformed in his bed into a giant insect.”
In The Death of Iván Ilých, Tolstoy showcased his talent for cutting through social pretension. When Ilých’s death is announced, after a long illness, presumably cancer, his colleagues immediately start wondering which of them will be promoted to the late man’s position. Tolstoy wrote of his characters, “Each one thought or felt, ‘Well, he’s dead but I’m alive!’” Each of these colleagues also could not help thinking that they would now have to fulfill the “tiresome demands of propriety” by attending the funeral service and consoling Iván Ilých’s widow.
And even his widow herself feels sorrier for herself than she does for her late husband. When she is asked if her husband suffered, she replies, “Oh! Terribly! He screamed unceasingly, not for minutes but hours. For the last three days he screamed incessantly. It was unendurable. I cannot understand how I bore it; you could hear it three rooms off. Oh! What I have suffered!”
Genuine pity for Iván Ilých appears to be lacking. His legal colleagues are eager to vie for his prestigious position as a judge.
To make full sense of this story, it’s helpful to know that this was Tolstoy’s first work of fiction since he published Anna Karenina in 1877. He had once commented that he had no interest in using his fiction as a vehicle to promote his social views, yet in his later years, this is exactly what he did. He had no patience with the Russian Orthodox church. He envisioned a society based on Jesus of Nazareth’s Sermon on the Mount, a radical inversion of the ethos of revenge.
Not long after the publication of Anna Karenina, Tolstoy experienced a massive spiritual crisis. The Death of Iván Ilých was his first work fully informed by his religious conversion.
On one level, the novella is a graphic example of the horrors of nineteenth-century medical science. I was surprised to learn that in the 1880s, morphine (along with opium) was already available as a palliative. But the suffering described in the book, especially once Iván Ilých is close to death, is horrifying. Doctors, largely clueless, cast out an assortment of possible culprits, including a burst appendix and a “floating kidney.” But Iván recognizes, in his pain, that doctors are utterly helpless to save him.
In the latter sections of the story, Gerásim, a strong, cheerful servant, appears to reflect Tolstoy’s radically pared-down interpretation of the New Testament. This very young, uneducated man has a centeredness that almost every other character in the book lacks.
Inevitably, death draws near, and Tolstoy, deep in his profoundly religious period, summons up allusions to the Book of Job: Iván Ilých “wept on account of his helplessness, his terrible loneliness, the cruelty of man, the cruelty of God, and the absence of God.”
Tolstoy, who earlier in his writing career made clear he had no interest in trying to prove his social theories through his writing, does in fact try to demonstrate a central tenet of Christian faith: In place of death there was life.
Does Gregor Samsa resemble Iván Ilých in any meaningful way? Both go through horrible transformations, Iván Ilých over many months, Gregor Samsa overnight. The Death of Iván Ilých is a didactic novel, but in the word’s older meaning, “to be instructive.” Tolstoy’s message couldn’t be clearer: Iván Ilých, in death, achieves salvation.
Kafka died in 1924, just thirteen years after Tolstoy, but in those years the world changed irrevocably. World War I, once known as “the war to end wars,” ushered in an era unlike any before it. In nineteenth-century literature, unusual creatures – most notably, Frankenstein’s monster – had tended to convey some kind of cautionary tale. Kafka’s “monster” immediately accepts the reality of his transformation, yet maintains his humanity. A traveling salesman and a dutiful son and brother, Gregor is most concerned by his need to catch his train to work. It does not occur to him that people would find his appearance repulsive. His cheerful, determined demeanor is, in the best sense of the term, absurd – a brilliant commentary on, among other things, the sometimes dehumanizing consequences of our jobs.
Posted by Mitch Evich at 6:57 AM